Get me outta here!

What a dedicated, hardworking and diligent student would be doing, is writing notes and paying attention to the word vomit coming from a Business Communications professor. I can tell you (if you haven’t already guessed) I’m not that student, at least not right now. Instead I’m reflecting upon my summer and attempting to write down the experiences I had. As my professor began his lecture on Social Organization, his words faded and I drifted back to the beginning of my 2011 summer in Bristol bay, Alaska. 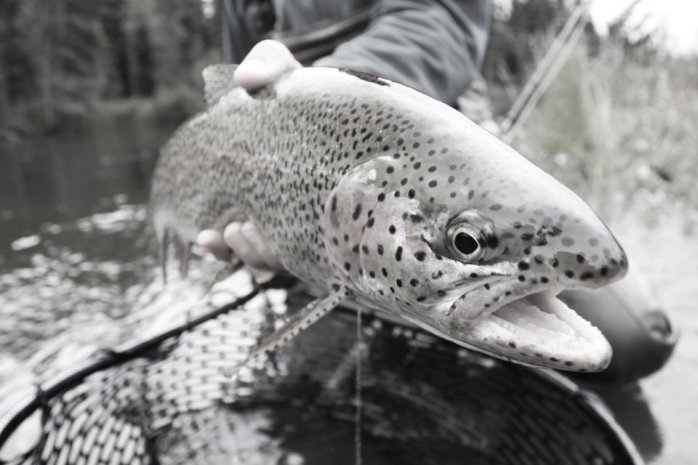 As I walked across the asphault towards the Dillingham airport terminal I took a deep breath and couldn’t help but notice how good it felt to be back for another summer. Spring hadn’t sprung yet so everything was a brown and dreary color with low clouds threatening to spit rain on the bay. My mother and I were greeted by two of Dillingham’s best young bucks who offered to give us a ride to Aleknagik (a small native village about 20 miles from Dilly). Bubba and Chad have been my close friends for several years and always manage to find “fun”. As we were loading up the truck, I was tapped on the shoulder. I turned around to see Kevin Layland, a kid I have been friends with my entire life. It had been a couple years since I had seen him and was surprised to see that he had the makings of a small beard and was wearing Carhartts that would make a hobo fit for candle lit dinner. We all stood around and visited for several minutes and then decided to head for the lake. I couldn’t have thought of a better “welcome back” then to have some of my closest friends meet me at the airport.

The next few days were spent getting the cabin cleaned up and livable. Bubba and Chad stopped by late one evening for a visit. Bubba is a pilot and his dad had left his small supercub on the North shore of the lake and had asked Bubba to fly it to Dillingham for him. I knew what plane he was talking about, it happened to be the red cub sitting by the airstrip that looked as though it had been through hell and back. All the instruments on the inside were nearly torn out, had “Fuck” very faintly painted on the side and seats that looked as though mice had made little homes inside them. Not so sure I would want to fly around in that thing. But Bubba was determined. We all stood to the side as we watched Bubba try to start the little cub. Nothing happened. Then he jumped out and motioned for Chad to come over. I waltzed over too because I knew that, whatever would happen, would be good and I didn’t want to miss it. 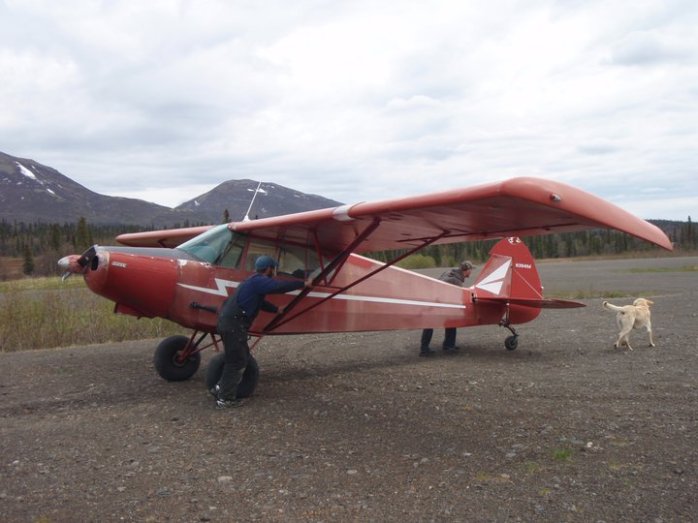 “Chad, I need you to sit in the plane and hold the break and throttle,” instructs Bubba. “Why?” asks Chad. “I have to prop start this son of a bitch.” (Prop starting means someone must manually turn the prop in order for it to fire and start. All the while avoiding the prop).

“Oh, shit” was written all over Chad’s face as Bubba went to the front of the plane and grabbed the prop blade.

“Holy cows,” giggles Bubba as he goes back to the prop. “CRANK……VERRRROOOOM! The plane fires right up. Chad, who’s still sitting in the plane brings the throttle down to an idyle while Bubba jumps in. “Chad, I want to do a couple touch and goes solo before you fly with me.” So Chad joins my mother and I as we watch Bubba taxi onto the runway and take off. He did a few “not so perfect touch and goes” and then comes and picks up Chad. As they flew off I couldn’t help but wish I was in that plane with them. 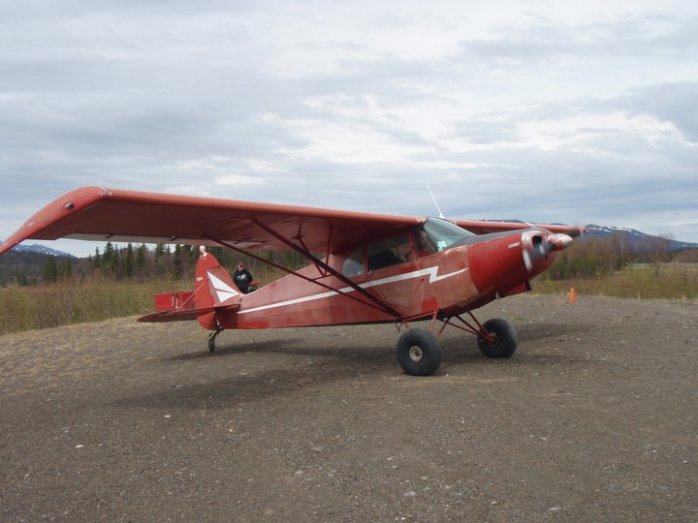 A few short days later, my dad showed up in his Cessna 185 from Anchorage. Our crew for the season was already in town so we all had dinner together before my dad flew them out to camp. There was Dan, Ross, Seth, and Nick. Dan was from Michigan who had a degree in International Business and Spanish. Ross was a fish bum/guide from Redding, California. Seth was a fish bum/guide from Montana and Nick was from Washington who had a fetish for Jeeps and guns. That night, my dad made two trips to camp in order to get all the guys out. My mom and I would be going out in a couple days so she could get the kitchen ready and I could help train the new guys. Our first week was fast approaching and we had a lot to do. 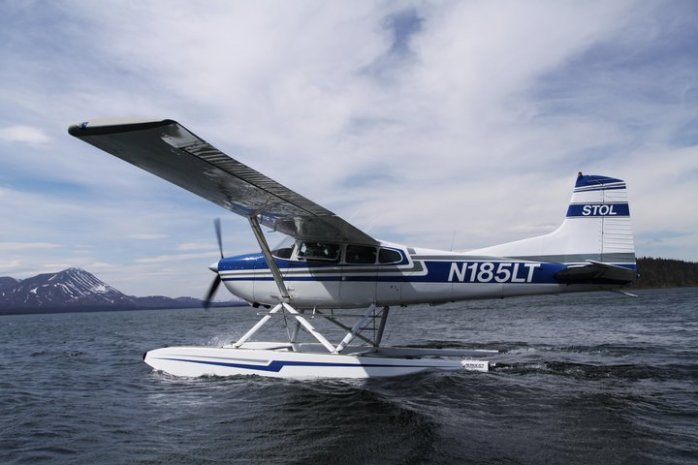 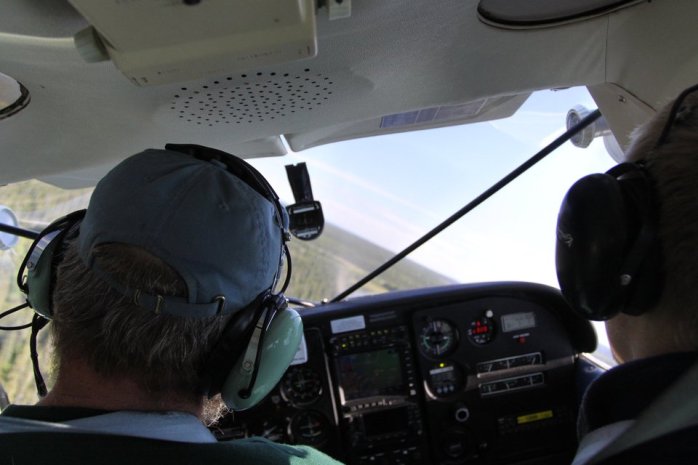 The next day my dad and I went to Dillingham to get some supplies and attend a town meeting with the EPA regarding the proposed Pebble mine. This past spring, the EPA announced that it would become involved in and research possible affects the mine would have on communities and natural habitats. A huge advantage for the anti-pebble folks. The meeting was held in the Dillingham middle school gym and I was delighted to see how many people showed up. Commercial, sportfishing and subsitence fisherman were all there to express their concerns and thanks for the EPA’s involvement. My dad was one of the last people to stand up and shed a little light on what was a stake. He spoke with emotion, determination and frankness that would make Bill O’Reilly feel like a pinhead. It was exactly what the EPA needed to hear. 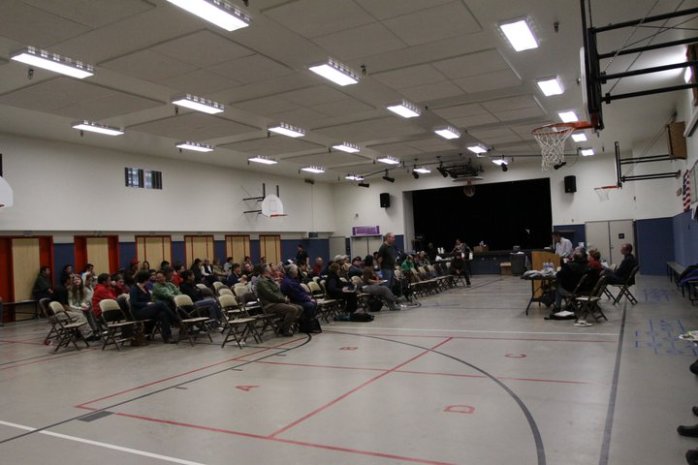 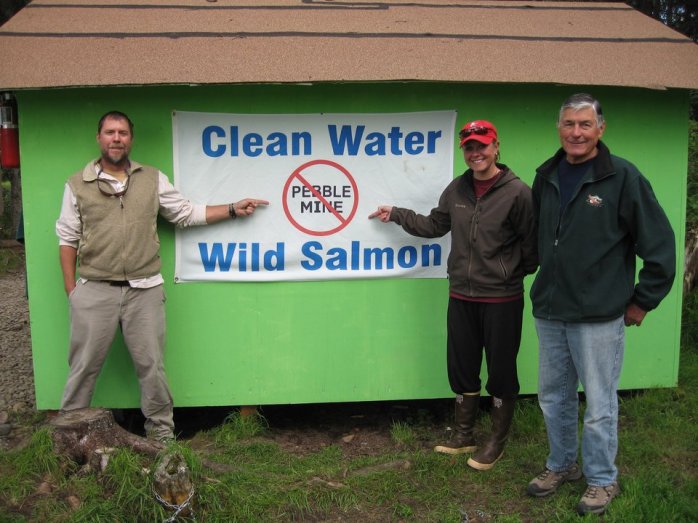 Our first week began with 6. The weather was a balmy 50 degrees, the river was in mint condition and the trout were abundant. The first week is always a bit tense as it’s the beginning of a long and arduous season of endless fishing. It’s always nice to start the season with good clients and get things off on the right foot. Our worries were soon dissolved as the first three clients walked up the steps carrying a pirate flag saying, “Surrender the Booty”. 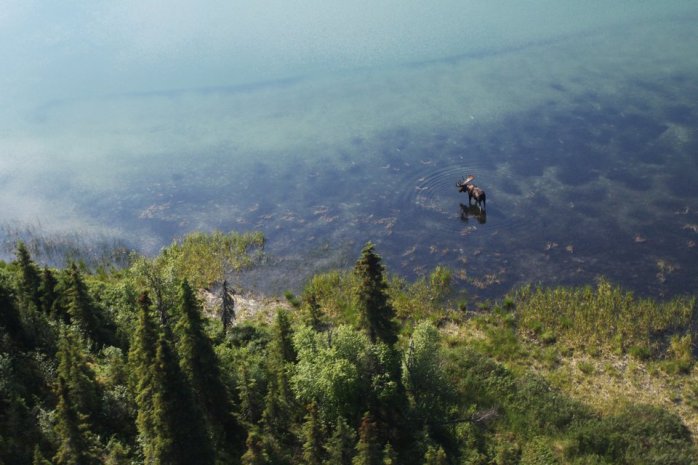