Get me outta here!

The award winning documentary Red Gold will be showing at the Emerson Cultural theater in Bozeman, Mt March 23rd at 7pm. Ole Olson and Dave Egdorf (characters from film) will be attending the event. There will be door prizes and raffles! All procceds will be donated to an organization that is heavily involved in the fight against the mine. Please come support the cause and learn more about this threat to the Bristol Bay watershed. 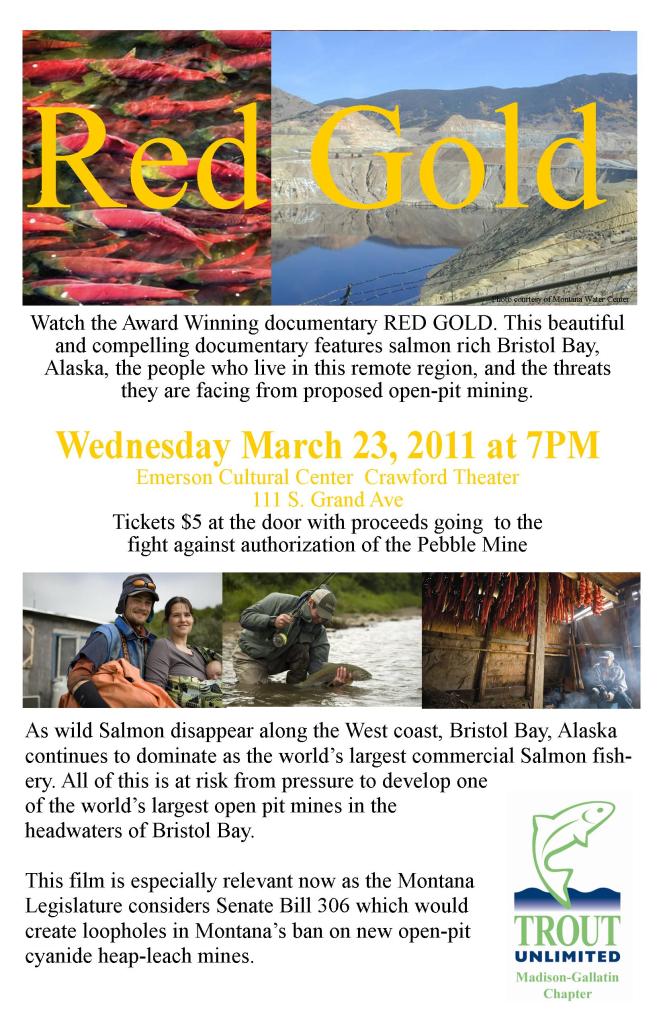 Hello ladies and gentlemen! I’d like to announce that Up’North Maine Fly Castings will be hosting a photo contest from March 1st-April 1st. There are some awesome prizes for the first place winner.

Visit his site:
http://www.maineflycastings.com
to view the rules & regulations for the contest.

So get out there, grab your camera, and submit some photos for a chance to win some great swag!

A few weeks ago, I was contacted by the director of Sportsman’s Alliance  for Alaska, Scott Hed, asking me to run their booth at the Great Rockies Sports Show here in Bozeman the weekend of January 28-30th.  Sportsman’s Alliance for Alaska is a non-profit organization dedicated to preserving natural resources and habitats in our country’s last frontier. For the past 3-4 years Bristol Bay, Alaska has been an X on the treasure map of two foriegn mining companies. Anglo-American, a London based mining corporation and Northern Dynasty, a Canadian mining corporation have partnered in a proposed open pit copper, gold, and molybdemum mine at the headwaters of the most prolific sockeye salmon run on the planet. It would be the world’s largest open pit mine with an earthen dam that would dwarf the Three Gorges Dam in China. It’s name? The Pebble Mine.

Pebble is located in Bristol Bay, Alaska at the headwaters of The Kvichak and Nushagak rivers. Over 60 million salmon return to these rivers every year to spawn; there is no other place in the world where you can find salmon in these kind numbers. They are also the food staple for the whole ecosystem, providing food for bears, varmits, birds, rainbow trout, artic char, artic grayling, and local communities/villages. The Commercial and Sportfisheries evolve around the yearly returning salmon runs, contributing to over $440 million per year to Alaska’s economy. The possibilities of this mine devastating this priceless resource are too significant to ignore.

The show ran from Friday afternoon until Sunday evening. The show itself wasn’t of great size but it was able to draw people in from all over the valley. On Friday my mom came to town. She decided to take a break from substitute teaching and come spend the weekend in Bozeman. She, along with a few of my buddies, helped me set up the booth and start reeling in people in an effort to collect signatures (we had a petition going to the EPA). Although it was slow the first day, anyone who saw our booth (which was pretty sweet looking) came over and asked, “What’s the pebble mine?”  After a brief over-view most signed the petition and walked away genuinly concerned. I even had a little girl come up and grab a sticker from the table and stick it on her shirt. Even though she was probably too young to understand what it meant, it still put a grin on my face and made me believe even more that we can stop this mine.

For the next two days myself, my mom, and a couple buddies worked the booth. Ian Majszak who is a close friend of mine, is an accomplished videographer and was kind enough to not only help with the booth, but to also take some great photos of the weekend event. Thanks for all your help Ian! 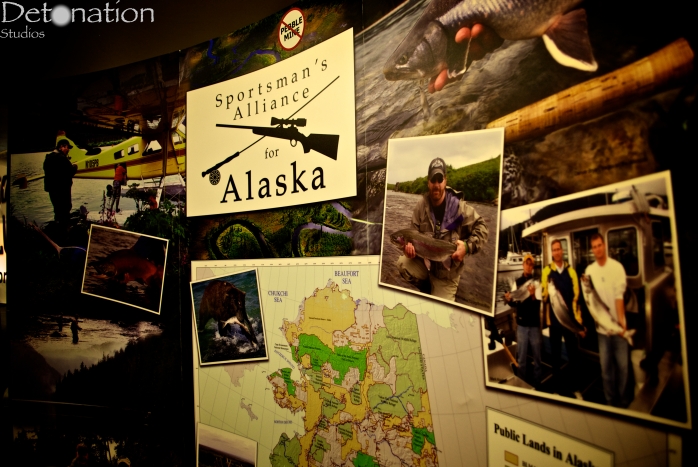 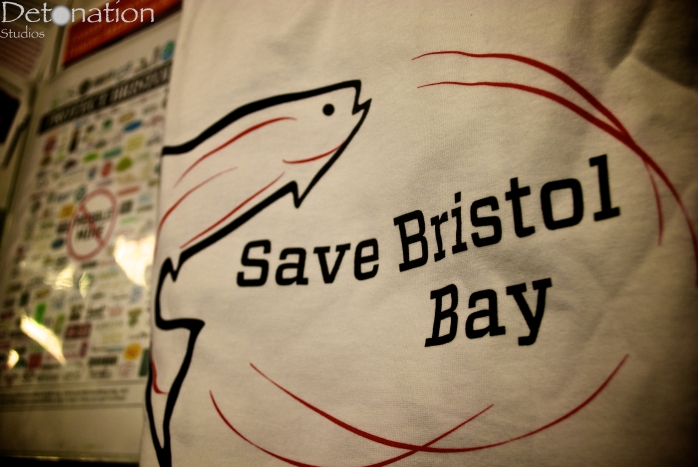 Overall, I was  able to get over 130 signatures and educated twice as many on the issue. Most people seemed fairly concerned and as usual there were those who were less than interested in the topic. I had the opportunity to visit with some local miners who offered some good insight on the potential of Pebble. Even though I understood where they were coming from, I still believe that a mine of this size and type should not be developed in such a fragile and rare enviornment.

Not more than a week after the show, I recieved an email from Sportsman’s Alliance announcing that the EPA is making plans to study Bristol Bay’s fish & wildlife resources and how pebble could impact the watershed. This is major leverage in the fight to stop pebble and great news for Bristol Bay.
For more information please visit:
http://yosemite.epa.gov/opa/admpress.nsf/48f0fa7dd51f9e9885257359003f5342/8c1e5dd5d170ad99852578300067d3b3!OpenDocument